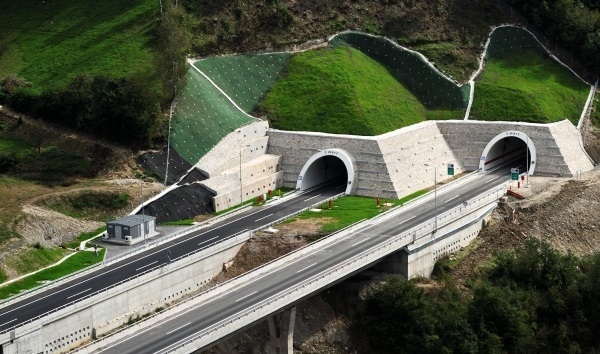 The €1bn Bosnia and Herzegovina stretch of the Corridor Vc project is set to take a step forward as the EU raises its grant funding to more than €220m. New grant funding will pay for the supervision of works contracts on five motorway sections.

Already backed by the European Bank of Reconstruction and Development (EBRD) and the European Investment Bank (EIB), the project has loans in place worth €850m, alongside the EU investments and technical assistance grants extended by the EU.

Elmedin Voloder, acting director of public motorways of the Federation of Bosnia and Herzegovina, said: “We are grateful to the EU for its immense support in building modern transport infrastructure in Bosnia and Herzegovina. Big infrastructure investments such as Corridor Vc require major investments and EU grants are crucial to making them feasible.”

Once complete, the highway through Bosnia and Herzegovina will be 325km long, with 148 bridges and 46 tunnels. It is currently the biggest construction project in the country and the wider European Corridor Vc project will link the Adriatic port of Ploče in Croatia with the Hungarian capital, Budapest.

Krassimir Nikolov, chargé d’affaires of the EU Delegation to Bosnia and Herzegovina, said: “The EU is investing a total of more than €225 million in the road sector in Bosnia and Herzegovina to improve connectivity and regional integration and this will bring concrete benefits in terms of investment and jobs to its citizens. I am very glad that five technical assistance agreements have been signed today – it brings us one step closer to the stated ambition of the Bosnia and Herzegovina authorities, to complete Corridor Vc by 2028.”

The project is also set to improve road safety in the Bosnia by introducing modern standards, while strengthening the country’s economic prospects and connectivity to the rest of the European Union. Bosnia is an applicant member of the EU and while extensive work continues to be done before it will join the bloc, better ties to the European economy is seen as a major strategic ambition for both the EU and Bosnian government.

Manuela Naessl, EBRD head of Bosnia and Herzegovina, said: “Corridor Vc is the key infrastructure project the EBRD supports in the country. In addition to our loans, we also provide support by mobilising grant funding from the EU and commercial creditors and by supporting institutional capacity building.”

Other co-financiers of Corridor Vc include the Opec Fund for International Development (OFID) and the Kuwait Fund.