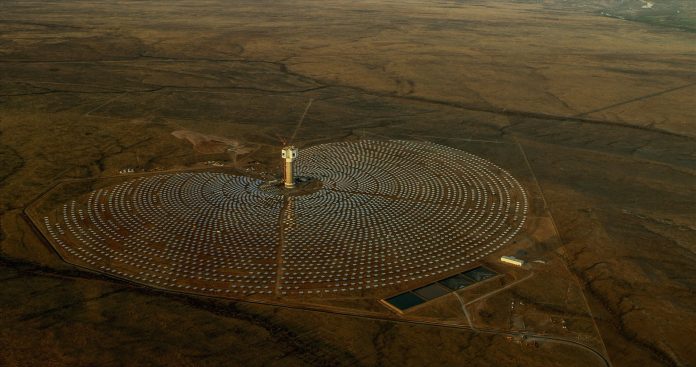 At the recent US-Africa Business Summit, the AfDB president called for investment in Africa not to help Africa, but to solve the world’s net zero challenge. So, how crucial could Africa be in tackling climate change?

Africa has many of the most climate-vulnerable nations and the continent is at the sharp end of many geopolitical challenges. But look deeper and the African Development Bank (AfDB) president, Dr Akinwumi Adesina, is right that Africa might have the renewable potential, natural resources and the eventual financial clout to help the world solve climate change.

Renewable capacity
Africa has immense renewable energy capacity. The continent has an estimated 10TW of solar capacity to be tapped into. If fully harnessed, this would meet more than half the world’s energy needs on its own. The continent also has significant wind (150GW) and geothermal (15GW) capacity too.

To harness solar energy, the Desert to Power programme is working across the eleven nations of the Sahel region to create the world’s largest solar zone. The project will provide clean and reliable energy to 250 million people in Burkina Faso, Chad, Djibouti, Eritrea, Ethiopia, Mali, Mauritania, Niger, Nigeria, Senegal, Sudan.

That huge project is part of efforts to turn Africa into a renewable energy powerhouse, but it is not the only advance in renewables. APICORP has reported on the rapid rise in renewables investment across North Africa and the Middle East to around 40% of all power investment and Morocco already has the world’s largest concentrated solar power plant, Noor Ouarzazate.

There are also major investments underway to make solar energy exportable in the form of green hydrogen. Bitsat Yohannes from the UN and Dr. Arona Diedou of the University Grenoble Alpes, France, recently told the UN’s Africa Renewal that: “There is a global race to develop green hydrogen, and for the first time, Africa is on the starting line with developed countries. Governments around the world are promoting projects for domestic and export markets of green hydrogen, and plan to invest billions of dollars over the next few years.”

Natural resource wealth matters
Along with renewables potential, a number of countries in Africa are set to become strategic suppliers of natural resources that will be vital to reducing and eventually eliminating carbon from the global economy.

Mozambique, with the support of private and institutional investors, is poised to become the world’s third largest supplier of natural gas. While natural gas is not zero carbon, it has been identified as a valuable transition energy supply, producing less carbon than burning oil and coal. Expansion of African supplies in this way can also help mitigate geopolitical turmoil resulting from Russia’s invasion of Ukraine.

At the same time, removing oil from the transport sector will depend on transitioning to electric vehicles. This makes the availability of lithium-ion crucial for battery development and Africa has some of the largest lithium deposits in the world.

Countries like the Democratic Republic of Congo, Namibia, Zimbabwe and Mali have sufficient lithium to compete with major producers, China and Chile. This in turn would help to de-risk global supply chains for electric cars and so enhance their growth.

Harnessing the required investment
While Africa has natural recourses that are central to tackling climate change, it has often lacked the financial resource to make such developmental ambitions happen. Fortunately, there are signs that this is changing.

Both the USA’s build back better programme, the EU Gateway programme, and now the G7 investment in global development, are making remarkable new funding available to support developing nations to improve global trade and supply chain security. This comes on top of years of China’s Belt and Roads programme doing similar.

At the same time, the number of private equity funds in Africa grew from only 12 in 1997 to 150 by 2020. In just three years, the Africa Investment Forum has attracted $110bn in investment to the continent.

There are still significant funding gaps but Dr Adesina sees reason to believe that will change. “In the 2020 survey conducted by the African Private Equity and Venture Capital Association, about 45% of Limited Partners expect returns in Africa to outperform those of emerging markets and developed markets, over the next 10 years. 60% of limited partners indicated that they plan to increase allocations to Africa in the next three years.”

So there may be cause to hope Africa really can deliver on climate change.

AfDB vice president: “We must avoid growing today and washing out...