International engineering federation FIDIC is taking a series of steps to support the World Bank’s efforts to prevent gender-based violence.

FIDIC (the International Federation of Consulting Engineers) is taking a series of steps to support strengthened measures by the World Bank to address and prevent gender-based violence (GBV), sexual exploitation and abuse (SEA) and sexual harassment (SH).

The strengthened requirements by the bank in its works procurement are aimed at guiding borrowers in the assessment of bidders’ responsiveness and competence to comply with specific SEA-SH-related obligations during the bid evaluation process. They also set clear expectations in contract conditions by stipulating obligations to manage GBV/SEA-SH risks that are within the contractors’ control. Contractors and sub-contractors who do not comply with the enhanced requirements will be banned from being awarded a bank-financed contract for two years.

Speaking when the bank launched its new guidelines, World Bank Group president David Malpass, said: “Gender-based violence is unacceptable. We are committed to mitigating and preventing risks of GBV in the projects we finance through robust policies, standards, and practices. Contractors who do not meet the bar will be disqualified.”

The World Bank is already highly supportive of the FIDIC DAAB mechanism and makes it a condition precedent to commencing the works on projects. The World Bank’s move increases the role of Dispute Avoidance/Adjudication Boards (DAABs), already a key feature of FIDIC contracts, on projects where their policies aimed at stopping sexual harassment and sexual exploitation and abuse apply. The additional role for DAABs, reflected in the World Bank Standard Procurement Documents in effect as of January 2021, includes monitoring compliance with the SH and SEA procedures.

To support the bank’s strengthened measures to combat gender-based violence and sexual harassment, FIDIC is updating and informing the members of its current list of adjudicators about the new measures and will be providing enhanced training to any new potential adjudicators on the new requirements.

FIDIC chief executive Dr Nelson Ogunshakin said: “FIDIC totally supports this initiative from the World Bank to prevent gender-based violence, which is in line with FIDIC’s code of ethics and founding principles of integrity, and we are working with them to ensure that engineers and DAABs can effectively support this policy. We applaud this move by the World Bank, the first multilateral development bank to implement measures which ensure that contractors and subcontractors who don’t comply with these critical requirements on gender discrimination will not receive further bank-financed contracts anywhere in the world for a period of two years.

“The World Bank’s decision to increase the role of DAABs further legitimises the use of the FIDIC contract and DAAB procedures and places an additional responsibility on FIDIC to ensure that all those on the current and future FIDIC President List of Adjudicators understand the expectations of the bank and are trained to be effective. We look forward to discussing with the bank to establish the best way to communicate this new policy and how best to train DAABs to be able to deliver their objectives.”

Given that it finances a large portfolio of infrastructure contracts, the World Bank hopes and expects that the new disqualification mechanism will further raise the bar in preventing GBV and incentivise well-performing contractors. The bank hopes that other multilateral development banks will follow its lead in deepening the collective fight against GBV by adopting similar robust measures. 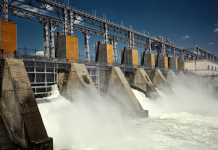 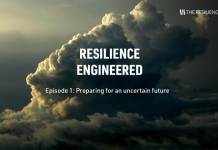 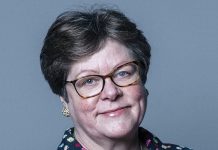 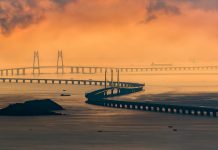 Mark Thurston focuses on HS2 progress amid Phase 2b rumours