Politicians on the UK parliament’s influential public accounts committee have raised key questions about the UK Infrastructure Bank (UKIB), specifically over the bank’s independence and value, in a new report released today.

The UKIB was launched to great fanfare in June 2021 to provide £22bn of infrastructure finance and to drive partnering with the public and private sector to finance a ‘green industrial revolution’ and drive economic growth across the UK. The bank is wholly owned by the UK Treasury but retains operational independence.

The public accounts committee report, Creation of the UK Infrastructure Bank, claims that the UKIB was created in a rush at ministers’ insistence, which meant it operated with weak financial governance and was very close to the Treasury for its first year. “The significant risk of begin operating without an effective audit and risk committee and outside the UK’s corporate governance code had to be counterbalanced by choosing low risk early deals, approved through Treasury processes,” the report says.

The UKIB has deployed £1bn of its initial £22bn capital in ten deals, but the members of the public accounts committee questions the claim that these will fill gaps in private sector investment markets. “So far UKIB has provided financing to deliver broadband and build solar farms, which are both relatively common projects. There is also no clear strategic approach to balancing the risk of investment in new markets with the risk to taxpayer money. The reporting arrangements set up by the Treasury do not allow parliament early sight of emerging problems,” say MPs on the committee.

The UKIB was set up in response to the scale of the investment challenge facing the UK particularly from the government’s net zero and levelling up commitments. The UK Infrastructure and Projects Authority estimates that in total nearly £650bn infrastructure investment will be needed between 2021 and 2031.

According to the report, the UKIB is well behind on recruitment plans and is only piloting an intended infrastructure projects advisory service for local authorities. The committee says this must be developed to avoid past mistakes where the UK government has made loans to local authorities on property and other capital projects that put the authorities’ overall finances at risk.

Chair of the UK House of Commons public accounts committee, Dame Meg Hillier MP, said: “The UKIB was set up in haste to shore up government’s stalled promises on net zero and levelling up, as we lost £5bn a year of European infrastructure funding to Brexit. It’s really not clear what the UKIB is doing that the market wasn’t already or would be doing with better functioning tax incentives – as just one example.”

“The Treasury didn’t need to reinvent this particular wheel, with all the attendant risk to benefit, value and taxpayers’ money. The predecessor Green Investment Bank was also sold to the public as an ‘enduring institution’ and then sold off to the Australian private sector five years later. It’s now turning bumper profits. We need more assurance from government that lessons learned are being implemented and the catalogue of policy and spending errors we’ve seen will not be repeated.”

The committee has made a series of recommendations in its report. By April 2023, it says that the UK Treasury should write to the committee: 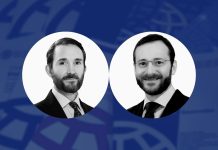