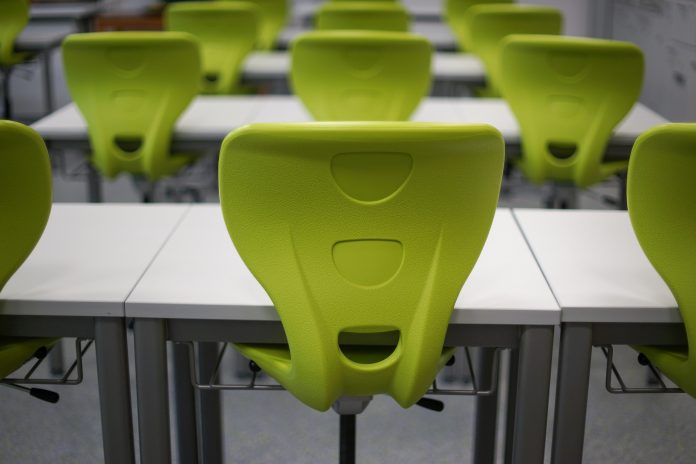 President Biden’s $2tn infrastructure plans include $177bn of investment to upgrade American schools, colleges and university research capacity as part of plans to boost the economy quickly and for the long term.

The largest part of the funding is $100bn to modernise and build new public schools across the country. $50bn of that will be provided through direct grants while the other $50bn will be generated through bonds. Projects will focus first on making schools safe and improving conditions amid concerns that many young people are disadvantaged by learning in poorly ventilated and dilapidated buildings.

Projects will also be expected to deliver cutting-edge, energy-efficient, resilient and innovative school buildings so that more young people have the best possible facilities available to learn from.

America’s 1,100 community colleges will also benefit from $12bn with a particular emphasis on tackling education deserts – areas in which people live more than an hour’s drive from their nearest college. It is estimated that this affects more than 11 million Americans.

Education deserts are believed to be a root cause of relatively lower education levels in rural regions compared to towns and cities. While rural students are now almost as likely as urban students to graduate from high school, the gap in higher education has been growing in recent decades.

Higher education is also set for major funding to boost research and innovation. $40bn has been proposed for new and upgraded research infrastructure, $20bn of which will be targeted at upgrades for universities and colleges that historically serve black and other disadvantaged groups such as other minority groups, women and young people from poorer backgrounds. Those colleges will also benefit from $10bn of research and development spending and $15bn to create 200 research incubators across higher education institutions.

The economic value of this is seen as significant. Studies suggest that the USA’s innovation wealth would quadruple if women, people of colour and children from low-income families were able to innovate at the rate of groups who are not held back by discrimination and structural barriers.

In more immediate terms, the American Council of Engineering Companies Research Council suggests that every $1 in engineering spend will generate $1.55 in US economic activity, helping to get Americans back to work after the pandemic.