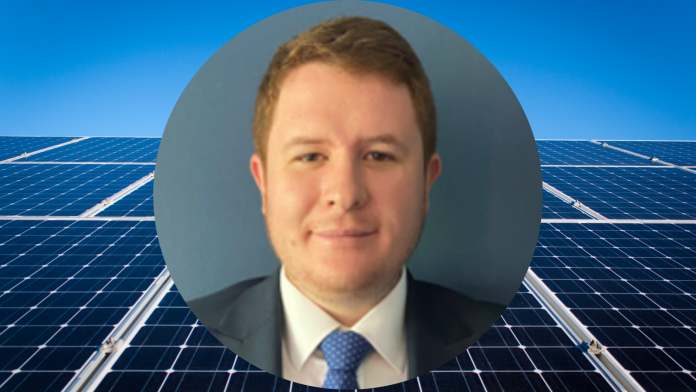 As COP27 begins, we talk with Rodrigo Juarez (RJ), chair of the FIDIC Future Leaders Advisory Council, about the challenges involved in making good carbon decisions.

IG: As COP 27 focuses attention on practical climate actions and outcomes, are we making sufficient progress on meeting global and local ambitions for decarbonisation?

RJ: “With COP27 around the corner, it is a great time to reflect on the progress that we have made towards combatting the existing climate crisis and highlighting some of the great efforts towards decarbonization. COP27 is a great opportunity to showcase the individual and collective efforts that have been made around the world, as well as the collective unity that we are seeking as our common goal.

“I personally believe that there has been a huge effort worldwide, and there have been some great success. We have seen some great initiatives from the private sector of companies announcing to become carbon negative. For instance, Microsoft announced they will be carbon negative by 2030, Coca Cola announced a commitment to net-zero emissions by 2040 across its entire value chain, and the Glasgow Financial Alliance for Net Zero was formed, with the goal of providing tools and resources to the financial sector for implementing and meeting their net-zero commitments.

“From a public perspective, we have National and Local governments also pushing for individual efforts to contribute. For instance, the city of Leeds in the United Kingdom is committed to making the city carbon neutral by 2030through a series of plans, or Mexico City, which is set to build the world´s largest urban solar farm. The list can go on and on.

“What I do see is that society in general acknowledges the big issues, and it is acting. Countries, local communities and individuals are trying to tackle the worldwide problems by acting locally, even with individual efforts. Although this is still not enough, we are acting and achieving some good results.”

IG: Who or what are the key barriers or ‘blockers’ to faster climate action?

RJ: “It is difficult to point at something or someone for why we are not acting faster or “getting there” earlier. I think that nowadays, from a scientific perspective, there is a much clearer understanding of what we are facing, and we are more and better prepared to develop the right tools, frameworks, and initiatives to meet the local and global ambitions. For instance, the Australian Government published through the Department of Climate Change and Energy Efficiency, a report outlining some of the barriers to effective climate change adaptation, highlighting some of the actions that people, communities, businesses and governments take to prepare for and respond to a changing climate and the approaches to manage climate impacts. The report highlights some market barriers, such as information, cognitive, self-preparedness, investment and transaction costs and externalities; it also covers some regulatory barriers, which many of the building codes of our respective countries do not have, did not acknowledged or have been underestimated.

“Personally, I believe that one of the main barriers is politics and the continuous political polarisation. Particularly with critical issues worldwide, such as the climate crisis, we are supposed to be working towards a common goal. For instance, when the Paris agreement entered into force on November 2016, all nations agreed to join forces towards a common cause and combat climate change and adapt to its effects. However, we see how politics plays a role in preventing a united effort. For instance, the United States became the first nation worldwide to formally withdraw from the Paris agreement in 2020. It was until a new change of government that they re-joined in 2021.This back and forth should not occur, particularly due to differences of ideas. We should all continue collectively, to achieve the common goals, and not allow individual ideas to overcome such global issues.”

IG: How important is it that we establish comprehensive and trusted carbon calculation across every part of the infrastructure industry?

RJ: “It is very important that we establish a comprehensive and trusted carbon calculation, as it would allow us to measure how effective and focused our reduction efforts have been. It is perhaps easier and more comprehensible to do it for businesses or households, which can be measured due to the individual efforts that each one can make. However, in the construction industry, it is very complicated to do so. For instance, with the development of infrastructure megaprojects such as the Beijing Daxing International Airport in China, it is estimated that over 40,000 workers were at the site during peak construction, over 52,000 tonnes of steel and 1.6 million cubic meters of concrete were used, in a surface of approximately 18 square miles, costing over $12bn.

“Just calculating the carbon impact of every person, of every truck moving material into and out of the site, of each individual facility during construction and so on seems unthinkable and overwhelming. If we manage to develop and establish a comprehensive system, which is trusted and simple to communicate, I believe that we would be able to see some changes in not only the perceptions that exist regarding the construction industry, but also, what the supply chain and actors within the construction sector are collectively and individually doing to reduce our impacts.”

IG: What is the single most significant action available to industry to achieve climate ambitions?

“I believe that the most significant action available to industry which would allow us to achieve our climate ambitions, is to reduce the use of fossil fuels. I say reduce because it is a process, and we can´t eliminate it completely from one day to another. However, we can incorporate alternative or renewable energies into our daily life. For instance, from single actions such as the use of solar energy for powering electro-domestics in our houses. Countries like Norway, and Mexico have created programmes or grants that supports households when investing in solar panels.

“This can also be translated into other daily uses of services. For instance, when we go to work. The use of public transportation or non-motorised vehicles is a very efficient way to reduce our impact on the environment. These are, of course, measures that must be adapted. But the short-term investment on the infrastructure and systems required, will contribute greatly in the medium to long-term. Although there are many more actions, those are in my view the most significant that many of us can put in place and contribute, even in a small scale, to deal with the greater challenges.”

Rodrigo Juarez is the chair of the FIDIC Future Leaders Advisory Council and a consultant with FOA Consulting, in Mexico.