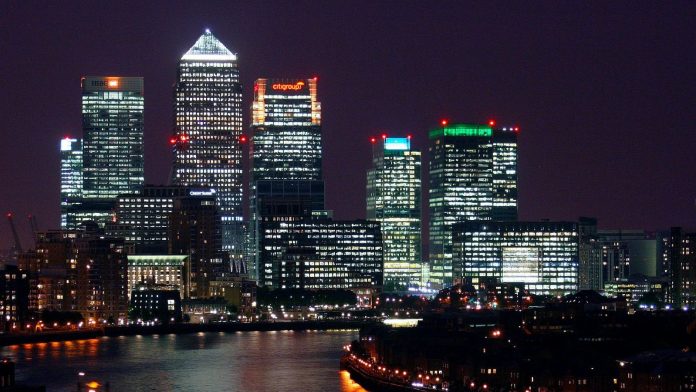 Five Bank Street is one of the most environmentally advanced in the UK, as EBRD makes statement on sustainability.

The European Bank for Reconstruction and Development (EBRD) has officially moved its London headquarters from Exchange Square in the City of London to Canary Wharf.

More than half of its 2,800 London-based staff have already relocated to the top 13 floors of a new state-of-the-art building, with the remainder of staff to relocate by the end of October. One Exchange Square has been home to the EBRD since 1993.

The EBRD promotes open-market economies and the private sector in 36 countries across three continents and is owned by 71 counties as well as the European Union and the European Investment Bank. A major part of its work in recent years has been to support sustainable and green financing and this move to Canary Wharf’s new green building was announced in May 2019.

EBRD President Odile Renaud-Basso said: “We are delighted to call Five Bank Street our new home. It is a truly world-class building, which provides the best facilities and working conditions for our staff and reflects the Bank’s commitment to sustainability and new ways of working.”

Five Bank Street is one of the most environmentally advanced offices in the United Kingdom, with the shell and core building achieving BREEAM Outstanding certification in 2020, as well as an A rating in its Environmental Performance Certificate.

The EBRD is also on target to achieve EPC A-rating and BREEAM Outstanding certification for the fit-out, design and construction, which have been guided by a desire to reduce waste and incorporate the Bank’s green values.

The building has been designed to support the new ways of hybrid working that emerged during the Covid-19 pandemic, enabling staff to easily connect to virtual meeting platforms, collaborate and work flexibly across the building.

In addition to its London base, the EBRD has more than 50 offices in the economies where it operates as well as representative offices in Brussels and Tokyo.

Sustainability has been at the heart of the organisation’s mandate since the Bank was founded. The EBRD has pledged to become a majority green bank by 2025 and to align all of its activities with the Paris Agreement from the end of 2022.