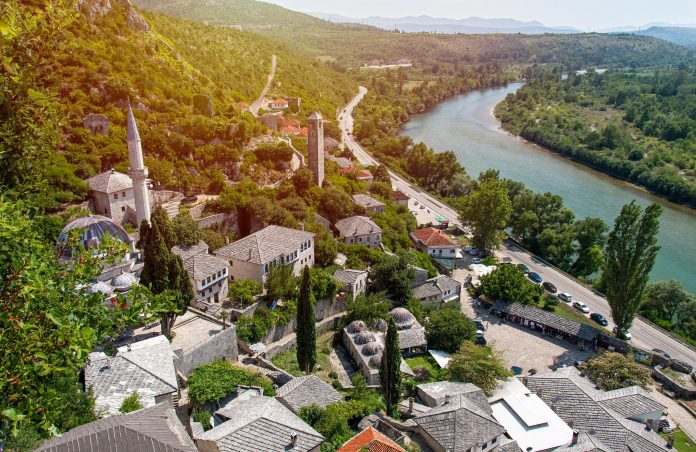 The EBRD is stepping up support for the €1bn Bosnia and Herzegovina stretch of the Corridor Vc project with new grant funding worth €45.2m. The funds will go towards ongoing construction work on two motorway sections: €36m for the Poprikuše-Nemila section and €9.2m for the Ivan Tunnel.

Corridor Vc is a pan-European transport project. The section in Bosnia and Herzegovina, which is 325 kilometres long, will cross the country from north to south, eventually connecting the Adriatic port of Ploče in Croatia with the Hungarian capital, Budapest.

The motorway, which will bring Bosnia and Herzegovina closer to the EU, is primarily co-financed by loans from the EBRD and European Investment Bank (EIB) and grant resources form the EU.

Head of the EU delegation and EU special representative in Bosnia and Herzegovina, ambassador Johann Sattler said: “Corridor Vc is one of the flagship projects in the Economic and Investment Plan for the Western Balkans designed to encourage long-term economic recovery, sustainable growth and jobs, and economic integration in the region. BiH needs to further accelerate works on Corridor Vc. To that end the European Union is granting more than half a billion euros through the WBIF to facilitate its completion.”

Bosnia and Herzegovina minister of finance and treasury Vjekoslav Bevanda said: “Today’s signing of these two contracts provided about €45m in grants, which is of immeasurable importance in total investments in Bosnia and Herzegovina. The project grants are provided by the European Union and the EBRD will manage the grants. On behalf of Bosnia and Herzegovina, I would like to thank Ambassador Sattler for this great and important EU financial support.”