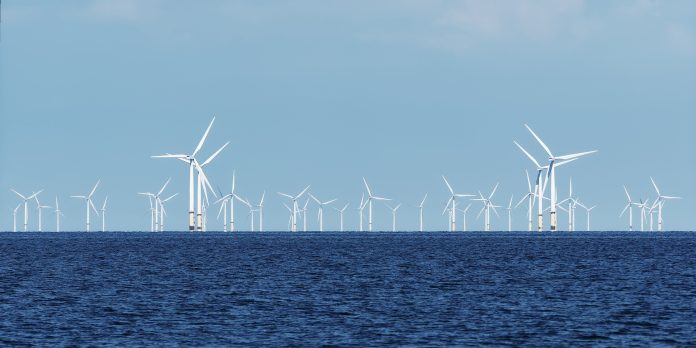 Big licences and industry collaborations in America and Europe might see floating windfarms really take off in 2023.

Five years since the launch of the world’s first floating offshore wind farm, Hywind Scotland, its 30MW of capacity is set to be put in the shade as California, the UK and Norway each seeks to lead the way in a vital new technology.

Two weeks before Christmas, the US federal government auctioned off leases for five areas of sea 20 miles from the Californian coastline. While the winning bidders paid a little less than is usual for such zones, the $750m dollars raised was a remarkable vote of confidence in floating windfarms.

While California has some of the greatest offshore wind capacity in the USA, its continental shelf off the western coast drops away close to shore. At 20 miles out, these zones are too deep for conventional offshore wind foundations. That means the companies involved have invested that $750m with the aim of building large-scale floating windfarms.

Removing the problem of ocean depth and opening up large areas of its Atlantic coastal waters has big implications for regions like California, and the investment price of the licences reflect the view by the five winners that this fledgling technology is now ready to operate on a very large scale.

Molly Morris, president of Equinor Wind US – one of the five winners – explained: “The US west coast is one of the most attractive growth regions for floating offshore wind in the world due to its favourable wind conditions and proximity to markets that need reliable, clean energy. Offshore wind on the west coast could help achieve the state’s clean energy goals, bolster renewable energy sources, and create new jobs and investments in California.”

The British Isles – scaling up and outwards

Equinor are also the owners of the world’s first floating windfarm off the coast of the UK, where the Crown Estate has already got a head start on most of the world by leasing North Sea sites as far as 100km from the Scottish coast.

Two such sites, CampionWind and MarramWind, will be developed in partnership by ScottishPower and Shell at depths of up to 100m, producing 5GW of energy between them. That represents a huge leap forward for the floating offshore wind sector from a 30MW capacity of the first installation just five years ago.

It also makes Scotland a likely centre for the global industry as it develops, something Charlie Jordan, ScottishPower’s offshore wind director, sees as particularly important.

Jordan said: “The signing of our ScotWind option agreements gives us the green light to push on with our ambitions to deliver jobs and investment for local people, businesses and the supply chain across the country – creating a new global industry from right here in Scotland.”

While many countries have a significant interest in offshore wind, Norway has one of the largest potential capacities on earth thanks to its extensive coastline, large territorial waters and consistent strong wind. So, with applications opening in Q1 2023 to develop the highly-prized Utsira Nord sea region, it is perhaps not surprising to watch its industry reshape itself quickly.

If successful, it will bring together and develop new cost-efficient technologies across the whole supply chain to make Norway a global leader not only in developing windfarms at home, but in the design and manufacture of floating windfarms globally.

This collaboration has been forming over two years, with partners coming together previously to explore opportunities. Statkraft CEO Christian Rynning-Tønnesen previously explained, saying: “Strong growth, falling technology costs and a changed competitor landscape indicates that offshore wind will take a larger role in the European energy transition; therefore, we see cooperation as an opportunity for substantial value creation and to accelerate Europe’s green transition.”

One of the big challenges with offshore wind is durability. While turbines themselves can be relatively easily replaced, the foundations on which they sit cannot be. That is a big problem out at sea.

For onshore windfarms, old turbines can be taken down and replaced by new and more advanced turbines relatively easily and cheaply. The new turbines can use the same foundations as the turbines they replace, so the heavy investment in connecting to the grid is easily covered by the durability of the site.

Offshore is different. The corrosive nature of the sea can do lasting damage to underwater facilities, making expensive replacement necessary not just of turbines, but of the entire infrastructure.

Floating wind turbines solve this problem – not only opening up new areas of sea for windfarms but potentially driving down the cost of offshore wind too. Against that backdrop, the race to lead the way in floating offshore wind seems set to ramp up in 2023.