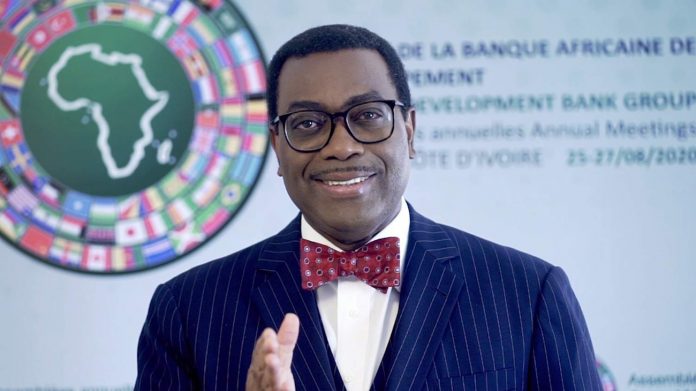 As EU nations return to coal amid concerns about Russian gas, Dr Akinwumi Adesina highlights great energy opportunities in Africa, if finance can be raised.

The president of the African Development Bank (AfDB) has called on the EU to connect better with African gas exporters to tackle shortages and reduce reliance on coal following Russia’s invasion of Ukraine.

Speaking in Ireland, Dr Akinwumi Adesina told an international audience that “the Russian-Ukraine war has shown the need to be practical and pragmatic on energy transition. Today, countries across Europe have moved back into coal. Netherlands, Denmark, and Germany have all reverted back to coal. While the Russian war has laid bare the vulnerability of Europe to depending on gas from Russia, this shift back to coal will clearly undermine long-term efforts on energy transition.

“Africa, where several countries have found significant volumes of gas, including Mozambique, Algeria, Nigeria, Senegal, Uganda, Ghana, among others, can become a new source of gas to Europe. The EU should therefore prioritise and support the development of gas infrastructure to link Africa and Europe.”

The AfDB president explained that Africa needs to undergo an energy revolution and that the scale of investment is significant. The bank’s New Deal on Energy for Africa aims to achieve universal access to energy across the continent but this will require more than $32bn of annual investment.

And while much of the focus is on a renewable transition, he warned that gas will be a significant part of that process, saying: “As we develop renewable energy, we must recognise that Africa cannot be powered only by renewable energy due to their intermittency. Natural gas must remain a critical part of the energy mix for Africa, to ensure reliability, affordability, and security of energy supplies.”

Dr Adesina was speaking at the 7th Africa-Ireland Economic Forum after Ireland became the newest and 81st shareholder of the bank, with new financial commitments from Ireland’s minister of foreign affairs, Simon Coveney, for the AfDB’s climate adaptation programmes.

Dr Adesina explained: “Financing the economic recovery to pre-Covid levels will require additional financing of $432bn in 2020-2022, or roughly $144bn per year, according to the African Development Bank’s African Economic Outlook, 2022.

“The recovery will be challenged by the heavy debt burden that Africa has due to the pandemic. Africa’s debt-to-GDP ratio was 70% in 2021, down slightly from 71% in 2020. Africa’s debt vulnerabilities have increased, with 23 countries either in or at the risk of high debt distress as of February 2022.”

While Africa accounts for just 4% of global carbon emissions, it bears a disproportionate share of the negative effects.

Dr Adesina explained: “The continent will lose $50bn per year by 2050. Nine of the ten most vulnerable countries to climate change are in sub-Saharan Africa, especially the small island states. Yet, Africa receives just 3% of global climate finance.”

The African Development Bank is mobilising more climate resources for Africa. It has doubled its climate finance to reach $25bn by 2025. Dr Adesina added: “We devote 67% of our climate finance to climate adaptation, the highest of all multilateral financial institutions globally. Together with the Global Center on Adaptation, we are implementing the African Adaptation Acceleration Programme as well, to mobilise $25bn for climate adaptation.”

The African Development Bank is strongly supporting the expansion of renewable energy in Africa. Over the past five years, its work on Light up and Power Africa has already connected 21 million people to new electricity capacity.

Dr Adesina said: “Today, over 85% of the investment of the bank in energy generation since 2016 is on renewable energy. Take the case of Kenya, where our support for the Last-Mile connectivity project has helped to expand the share of the population with access to electricity from 30% to over 75% over the last ten years.

The bank also supported the development of the 510MW Noor Ouazzarte in Morocco, the world’s largest concentrated solar power station and it financed the 310MW Lake Turkana in Kenya, the largest wind power plant in Africa.

To accelerate access to electricity in the countries of the Sahel, the bank is currently implementing the £20bn Desert-to-Power programme. The programme’s goal is to provide electricity for 250 million people across 11 countries. When completed, the Desert-to-Power will become the largest solar zone in the world.